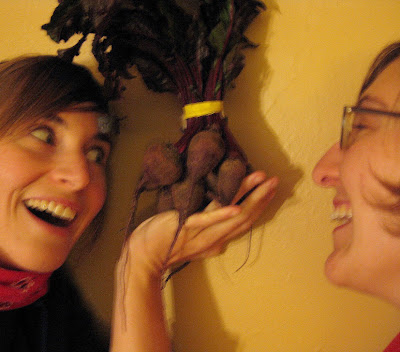 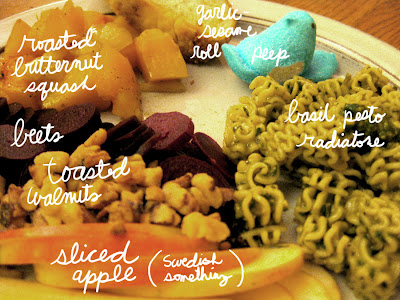 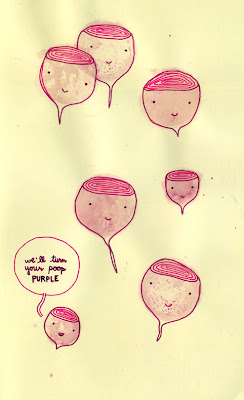 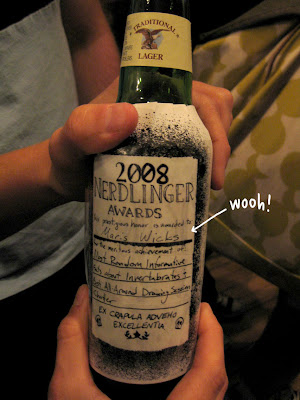 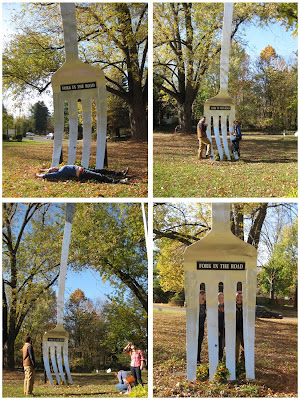 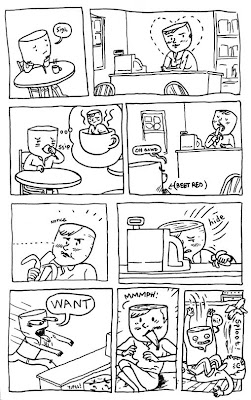 holy guacamole!
I went to school near that fork! (Is that near Bard College??) If memory serves, just down the street, there is a giant multi-colored menorah that stays up year round!

laura -
liz and I should take pictures like this with everything I cook! I'm glad you like it...

yes, that fork is in Rhinebeck, NY (Bard is near there, right?). I somehow managed to miss the menorah (and I heard there are dreidels too!) I'll keep a lookout for them next time (Joe's family lives in Hyde Park, right down Route 9). Glad I could represent!

Holy cow that jam comic is HILARIOUS! Not to mention the one of you and Joe squalling--your Joe is primo. I have to say that suddenly these little strips are totally BADASS-er than normal, although I guess I'm comparing them to ones drawn on the train. But seriously: impressive.

I'm glad that no one has minded that I've totally abandoned the sketchy, loose subway comics for tighter and more crosshatch-y ones...I do enjoy drawing them! It'd be nice to start coloring them, but that opens a whole nother can of worms...

worms on the carpet is one pain in the ass, I must say.
Congrats on your Nerdlinger and the purple poo.
I just got my copy of four squares in the mail, and I am very, very, very happy. :)
Oh, and thank you for posting the Lucy Knisley link. I have more comics to keep me from homework now! :D
woot.

You just blew my mind with the Of Montreal lyrics. I thought the lyric actually was Antarctica. Great comics by the way.

Isn't it so sad about the Of Montreal lyrics? I refuse to sing it the right way...

maris - yes, exactly! Bard is in just the next town over (Annandale) I'm headed back that way next week on a little holiday.

oh yes, the giant dreidels. they're pretty awesome too. So... Judaic!

Got Four Squares a few weeks ago and loooooooooved it. Thanks!

An autocar?????? Whaaaat? I've been singing Antarctica for yeaarrrsss.