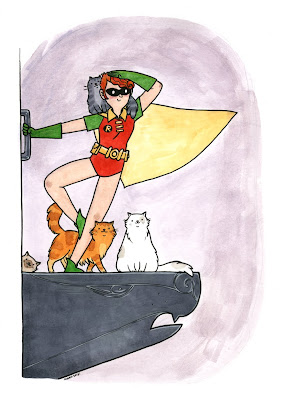 This was done for my buddy Greg (to give to his lady) at Emerald City Con...thanks Greg! It was awesome to draw! In other news, BOSTON COMIC CON is this weekend! I will be there, along with the fabulous Liz Prince, Joe Quinones, Tim Finn, Paolo Rivera, Stéphane Roux, and lots and lots and lots of other people (check out this craaaaazy list of peeps!). If you're at the con, stop by and say "hi"! We'll be doing commissions, and selling prints and mini comics. Speaking of mini comics, Joe, Liz, Tim and I are debuting the THIRD installment of monthly journal comics, so look for this obnoxious orange cover: 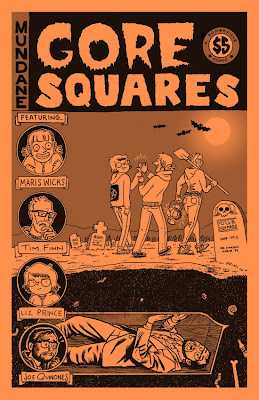 The comics are for the month of October 2011, so expect some spooky goodness! Here's a bit about the first volume, titled "Four Squares".
Posted by maris wicks at 9:43 AM